If you’ve been following along here or my social media, then you know that I’m in the midst of a sourdough experiment. I’m trying to document the whole adventure for you, so that when you decide to take on this challenge, you can learn from my missteps first. So let’s get up to speed, and we’ll talk about my first loaves of sourdough bread! 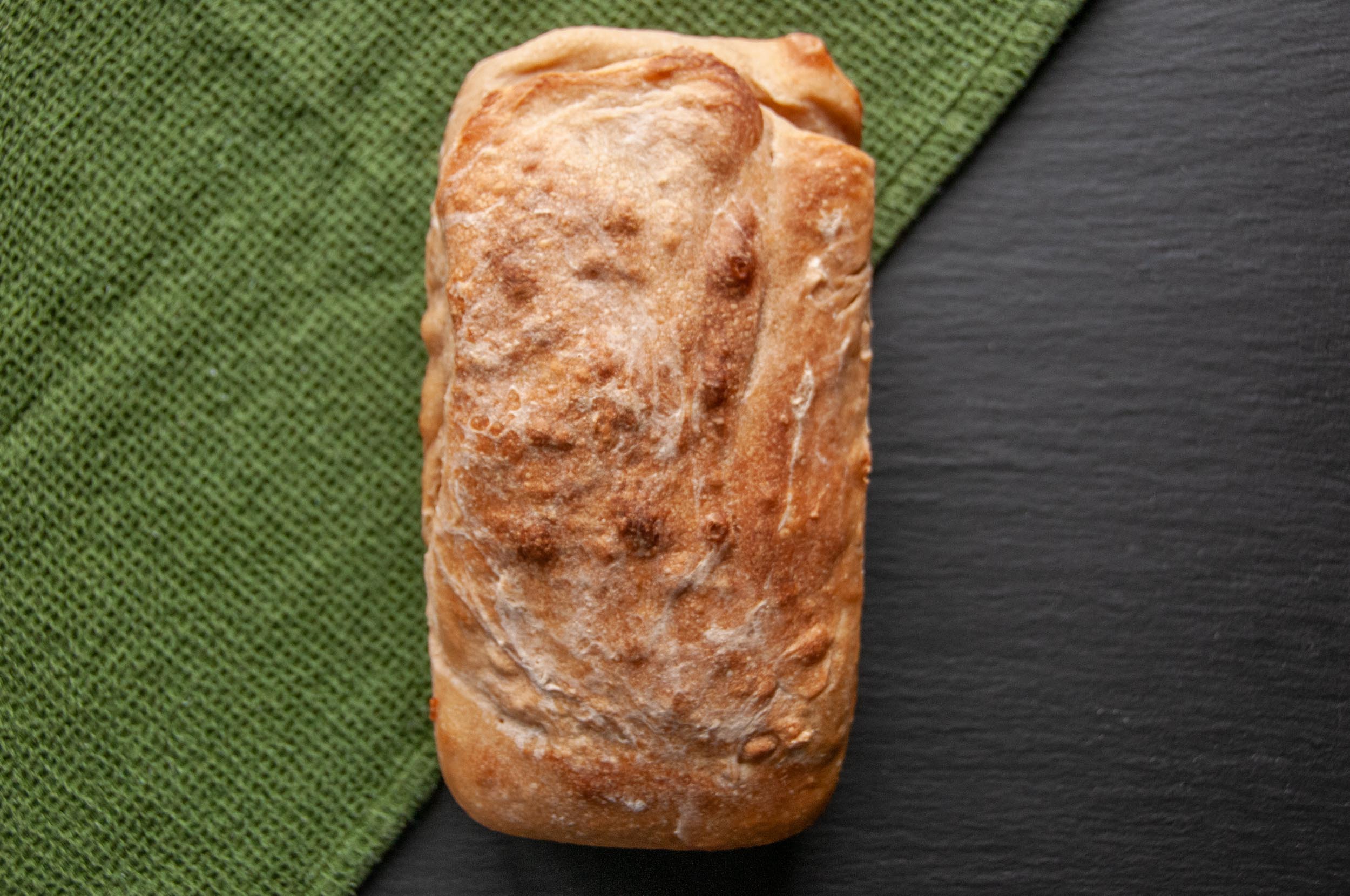 The Sourdough Story So Far

It’s my first time working with a sourdough starter, and I decided to go all out. It was one of my major kitchen resolutions for the year to start and keep this project going. The first week was filled with surprises, and it was a lot of work. But now, I’ve got my starter growing and functioning!

I was getting a little impatient with feeding my starter daily and not getting any bread out of it. However, after the first week, it was still growing pretty slowly. Some days the starter would double, and other days it would increase by only about 25%.

I decided to use some starter to create a loaf of bread, but to supplement the natural yeast with standard commercial yeast. I went to one of my favorite sources, King Arthur Flour, for a simple sandwich bread recipe.

This bread was delicious! Sure it wasn’t fully sourdough, but it did the job. That distinct sour flavor was present, but not overwhelming. The bread itself wasn’t a great sandwich bread, however. It was a bit too crumbly for that. It was perfect topped with homemade butter as an afternoon snack. 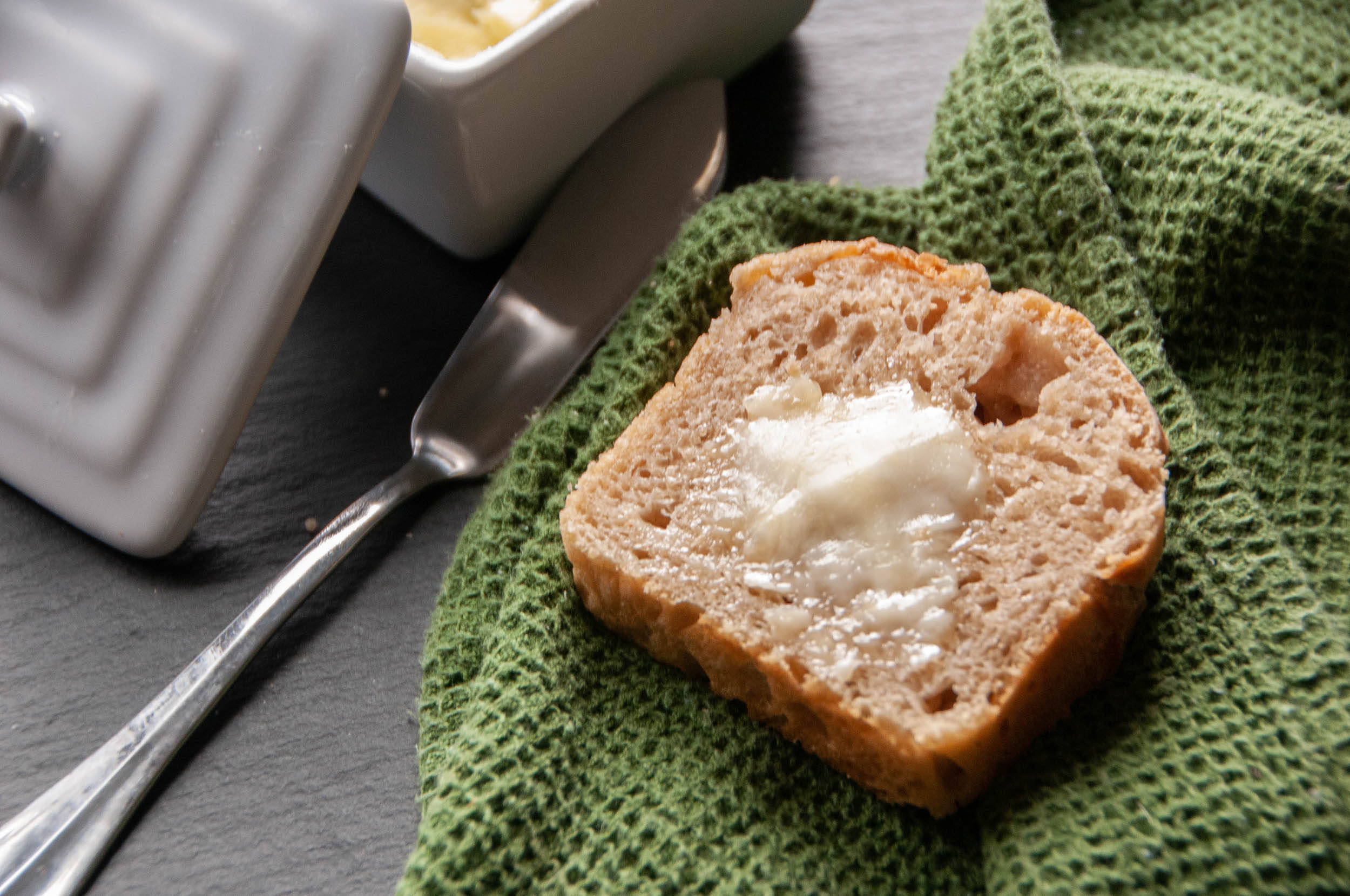 The bread held me over for a little bit before the starter really got going. In the meantime, I was still producing eight ounces of discard starter each day, and as I mentioned in my resolutions update, I don’t want to let that go to waste.

We used to discard to make some quick and easy breakfasts: sourdough pancakes and waffles. I didn’t really use recipes for either of these, but I’ll try to perfect and put something together for you! The pancakes were excellent, light and fluffy. Both were a little cakier than their non-sourdough counterparts. But the flavor was excellent! 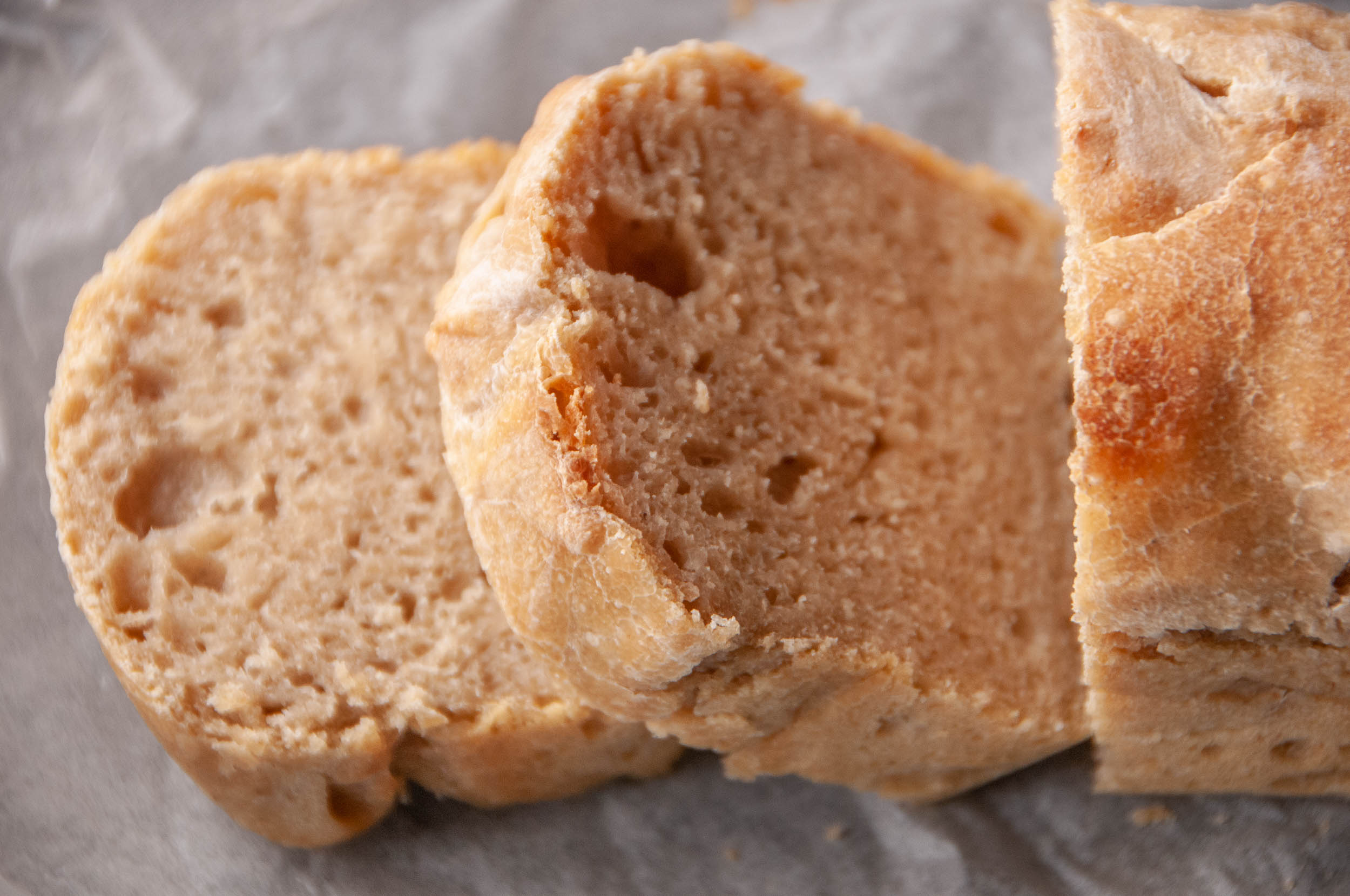 Finally, it was time. My starter had been doubling only a few hours after a feeding, and I just couldn’t hold back any longer. I was ready to make a true sourdough loaf. Of course, I didn’t realize what I was in for!

Total, my loaf of bread took three and a half days. One of those half days could have been cut out with better time management, but three days is no joke for a loaf of bread. I used the recipe in Toast & Jam for moonbread, and modified it slightly to include white whole wheat flour and bake in a loaf pan.

This dough rose for so long and not much happened. The leaven barely doubled in eight hours, and I’m not convinced it fully worked. The result is delicious – that signature sourdough tang. But the bread itself is a little denser than I’d like. 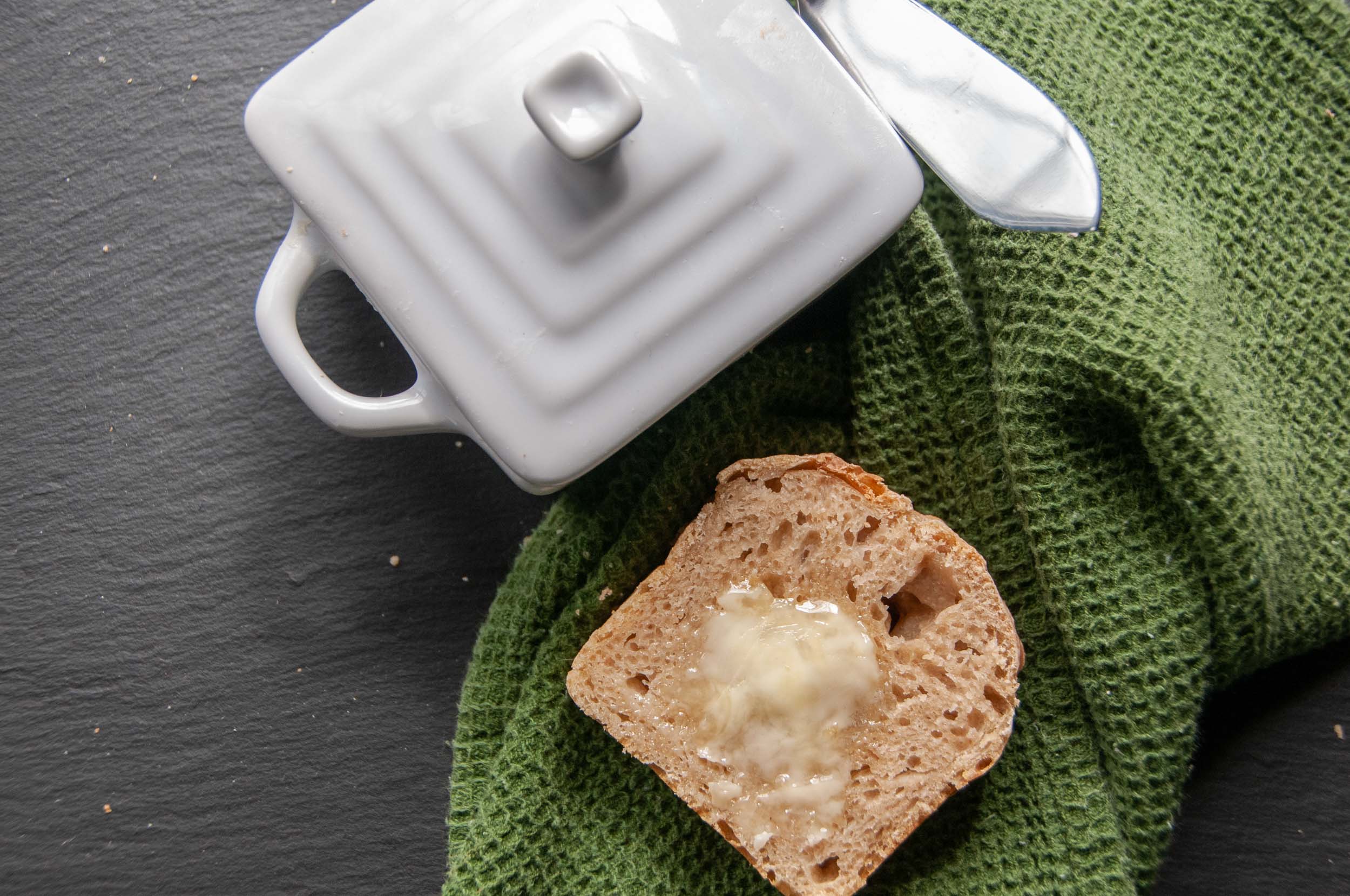 So what’s next for my sourdough starter? Well, it still doesn’t have a name… any good Disney dough puns out there? Also, I’ve moved the jaw from out on the counter to in the fridge. This way, I’m only feeding once per week, which means generating a lot less discard.

As for bread, those two loaves won’t be my last. It takes a lot of time, but the work involved isn’t much more than with commercial yeast. I’ll work on maximizing my time, and creating plans before I move onto anything more complex.

I’m also thinking of digging deeper into some more unique flours. Toast & Jam, the book I mentioned earlier has many recipes that include different types of flour. I’ve never worked with einkorn or spelt, and I’m excited to see how those flavors effect my creations. 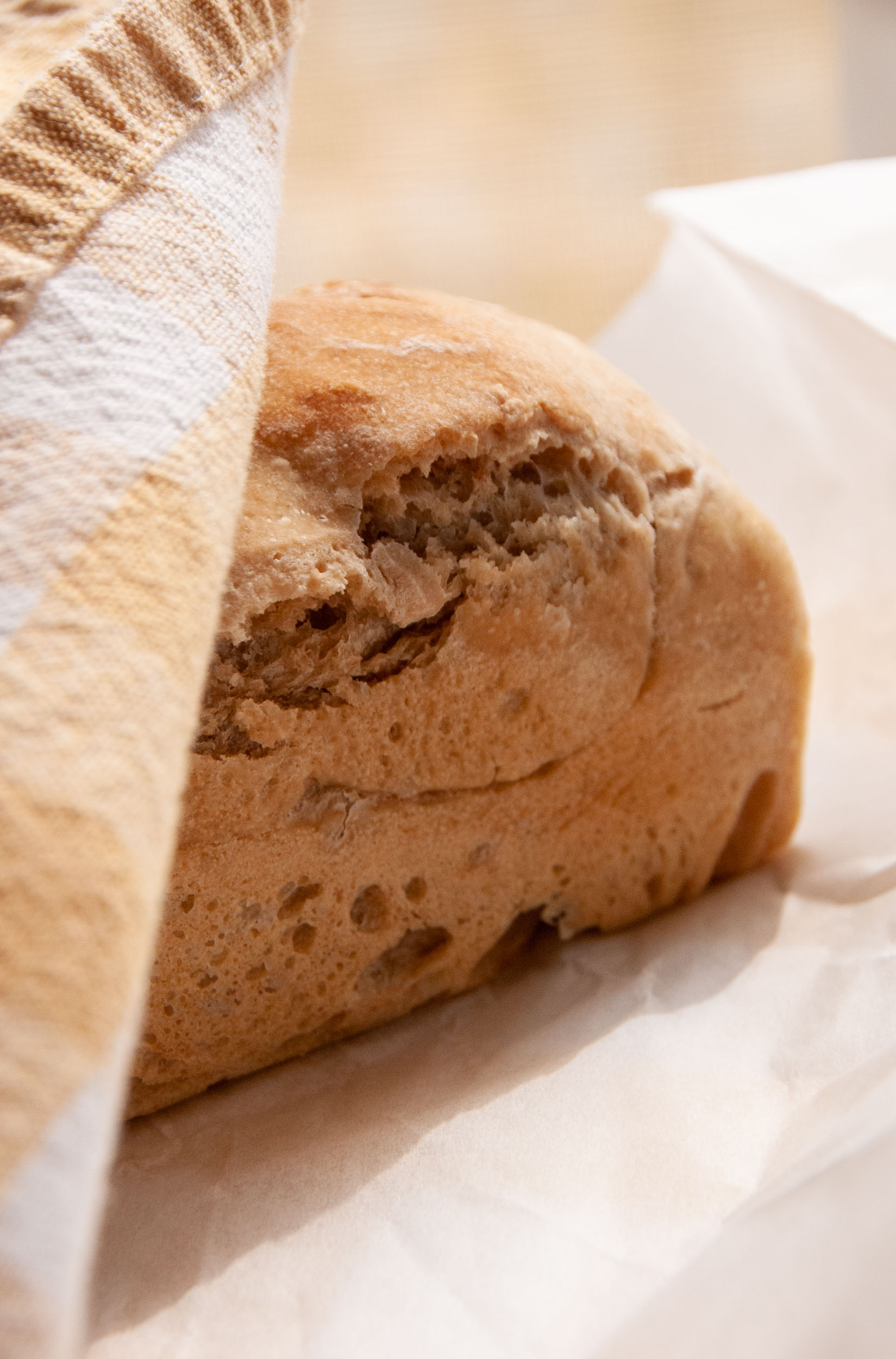 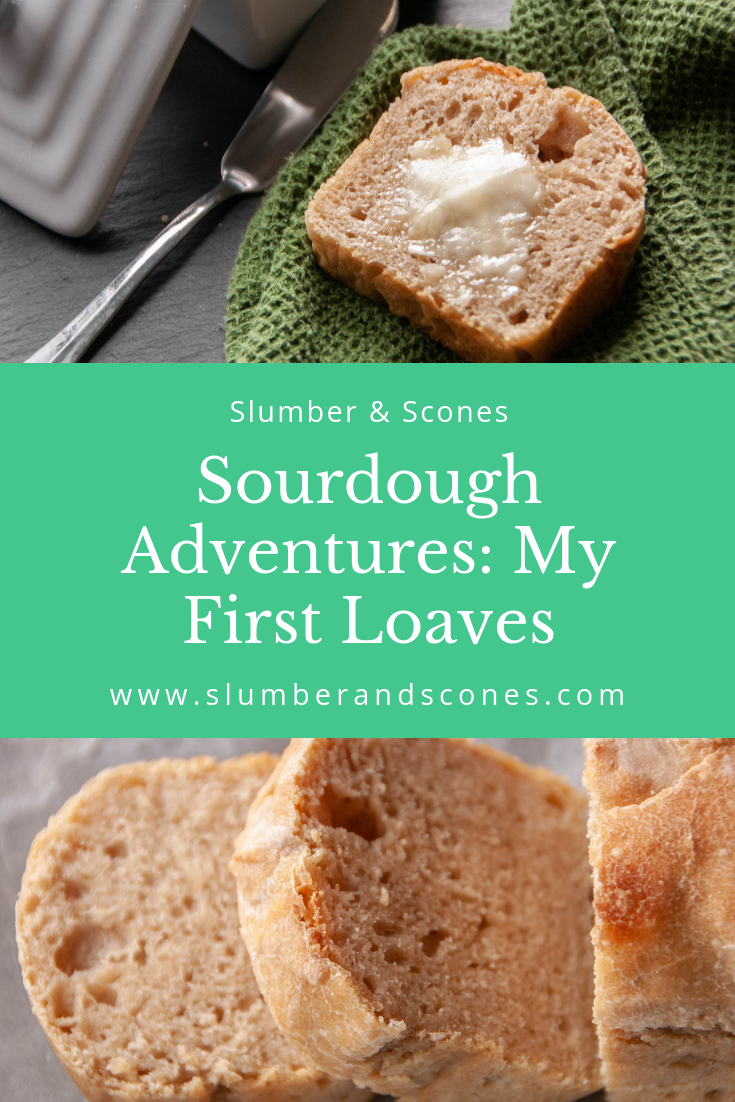 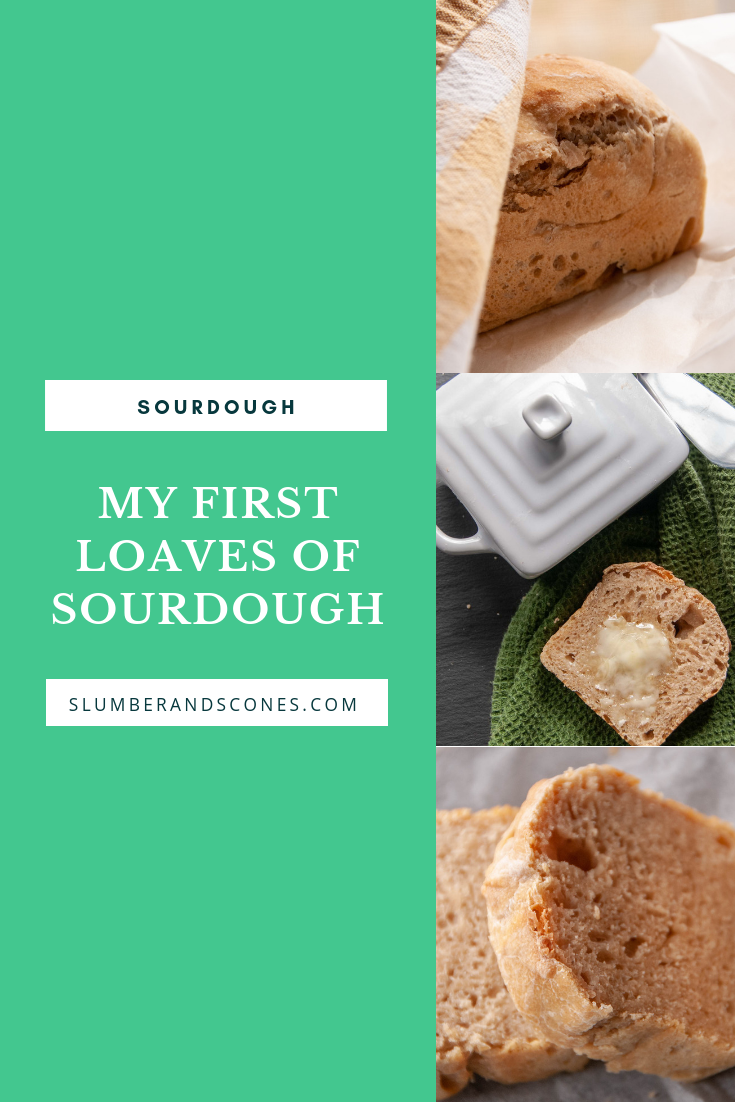 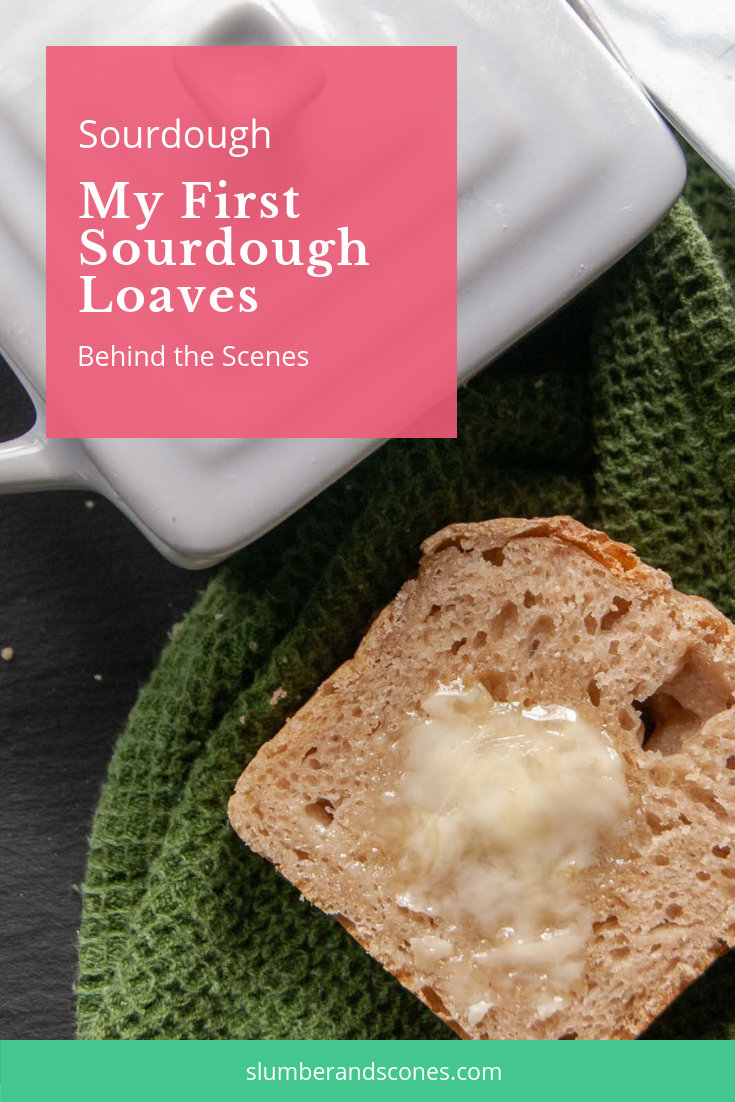 6 thoughts on “My First Sourdough Loaves”

118shares
We use cookies (and not the ones we have tasty recipes for) to ensure that we give you the best experience on our website. If you continue to use this site we will assume that you are happy with it. OkPrivacy policy